Arrive in Luanda and transfer to the hotel. Explore the key sights of Luanda, with impressive old colonial buildings, bustling markets and the Forteleza de Sao Miguel. Relax by the swimming pool at the hotel.

Founded by the Portuguese sailor Paulo Dias de Novais in 1573 under the name São Paulo de Loanda, now Luanda is breath taking capital and the largest city of Angola. Its heart burst with unique culture and history. It is impossible to miss the towering obelisk-like structure shooting above the rest of the city, a mausoleum dedicated to Augustinho Neto, the first President of Angola. Other sites worth visiting include the Fortaleza de Sao Miguel, a 16th century building built during the earliest period of colonial rule and a self-contained city for the military garrison, as well as a holding point for slaves – the highlight here are the ornate hand painted wall tiles.

Arrive to Kalandula Falls in the early afternoon. Lunch will be provided. Exploration of impressive mission church (Igreja de São Miguel) built in 1958. Overnight stay and dinner at Malange.

Kalandula is a waterfall in north-western Angola, in the province of Malanje, on the Lucala River, accessed by routes leading through rocky landscapes. In colonial times, it was called the waterfall of the Duque de Bragança Falls, as a tribute to the Portuguese royal family. Irrespective of ranking, at 105m high and about 400m wide they are spectacular and well worth making the effort to visit them. Whether you are a nature lover or any other kind of traveller, Kalandula Falls will be an experience of a lifetime. The road to the destination will build anticipation that will peak when you arrive, causing a rush of awe for the wonders of nature.

Huambo is one of the largest cities in Angola, about 220 km east of the city of Benguela. The capital of the province of Huambo, the second largest city in the country, founded by the Portuguese in 1912. Huambo is a centrally located city in the country of Angola, the city has held a lot of historical and economic importance in the area due to it being the capital of multiple kingdoms from the Ovimbundu culture that existed way before the European colonial empires arrived and subjugated the locals. Huambo is located on the Cunene River which flows out to the Atlantic Ocean however most of the river is not navigable by boat due to the rough terrain such as rocks and low-depth water. The name of the city originates from the Wambu tribe that is believed to be the tribe that founded the city as well as being one of the estimated fourteen tribes that existed in the central plateau of what is now modern-day Angola. Huambo was renamed Nueva Lisboa in 1928 which in English translates to ‘New Lisbon’, Huambo was known as Nueva Lisboa for nearly fifty hundred years until Angola gained its independence and the city was finally named back to Huambo.

Arrive to Lobito and transfer to the hotel. Opportunity to relax in the accommodation.

Visiting Benguela is the perfect idea for those who wants to enjoy the crystal-clear waters of Angola.  One of place to visit is the most famous beach in Angola Baía Azul (Blue Bay). Baía Azul is a beach in the south of Benguela Province in Angola. Blue Bay is considered the “mother” of Benguela’s beaches. It is situated south of Praia Morena beach. It owes its name to the blue waters that glisten from a light green to a navy blue. Its unique and incomparable beauty and its sport fishing conditions make it a popular tourist attraction.

Lubango is situated in a valley covered with lush green tropical flora. The city is guarded by a statue of Christ built on a high cliff. It is one of the world’s three replicas of the statue found in Rio de Janeiro – a symbol of peace and hope. Lubango’s legacy is a combination of colonial architecture, combined with African culture and a rich heritage left by the Portuguese.

Arrive in Namibe and transfer to the hotel.

We will head down the famous “Serra de Leba” pass to arrive in Namibe (formerly Moçamedes). We will experience climate change as we will mover north close to the Namibe Desert (which has crossed the Okavango River into Angolan territory from Namibia 120 km south). We will explore heart of Namibe city and its history. We will move south into the desert and stay at the Omauha Lodge. Still in Namibe province we will delve into the desert area around Omauha Lodge including the “Pinturas Rupestres” at Tchitundulo.

On way back we will have a break in Lobito, the city that most resembles Luanda, adorned with a wide bay, where stands the Port of Lobito, and a magnificent tongue of land which falls into the sea– the famous Restinga ex-libris of the city, which hosts the famous Carnival of Lobito.

The spot offers good swimming, fishing, snorkelling, and surfing opportunities. Tourist infrastructure makes this spot a perfect family holiday destination, with waterfront restaurants serving up fresh seafood. Surf resort and bungalows are at the beachfront in Cabo Ledo. Bungalows with access to playground, beach facilities, bars, pool, and a delicious restaurant area. It is the perfect place to relax before departure.

Transfer to the airport. Departure.

Arrive in Luanda and transfer to the hotel. Overnight tourist class hotel.

Covered by a large rainbow and a marvelous view form the top The Kalandula Falls are a must visit for all travelers in Angola.

Huambo, formerly Nova Lisboa, English New Lisbon. The city was founded in 1912 by Portuguese settlers and workers on the Benguela Railway.

Moçâmedes, formerly Namibe. The city, port and the airport.

The Namibe dessert and on the way back staying in Lubango.

For many decades the port in Lobito was one of Angola’s busiest, exporting agricultural produce.

A small fishing village, it has the most popular surf spot in the country, where some competitions have already been rehearsed.

Prepare for take of from Launda. 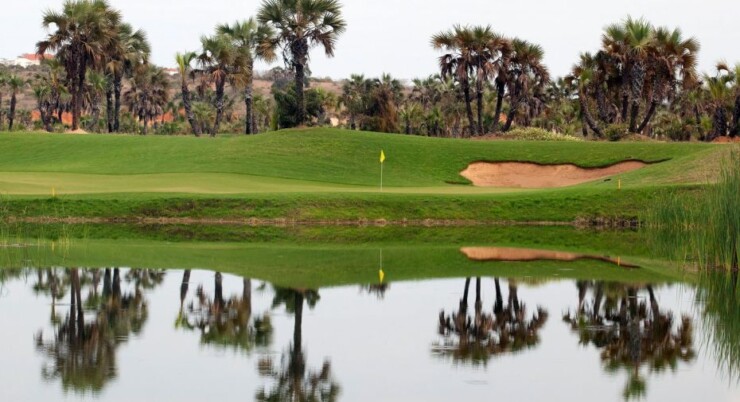 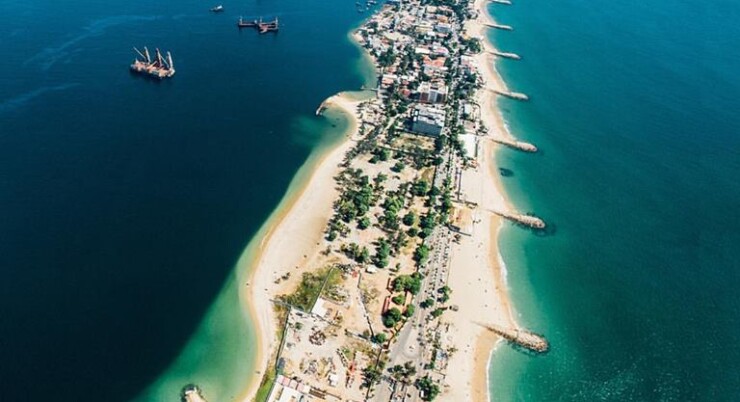 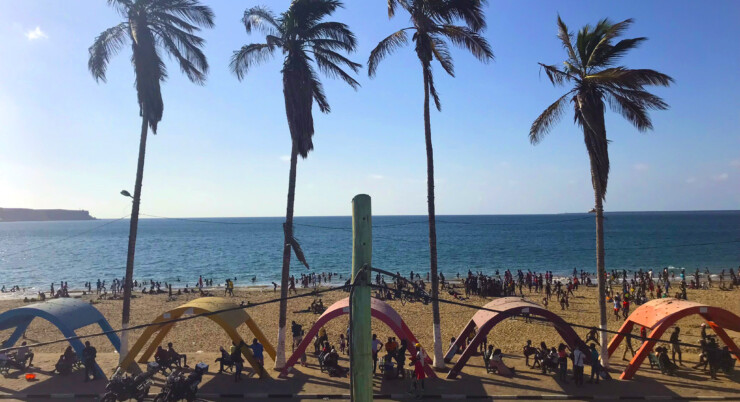